Tourism potential of Bihac are:

Natural resources constitute the watercourse of the river Una and ounce in the area from spring to Ripač (Protection Level I-IV), cascades and waterfalls in Martin Brod, Great Milančićev Buk, Jalak, middle and bottom buk and others; of the stream, in Ripac waterfalls; Black fountain on the Unec; Štrbački Buk on the Uni Kestenovac; jungle area "Plješevica"; Valley of Una Ripač to Bos. A new (protection classification II-IV); Wellhead Ostrovica in Kulen Vakuf, and the most important is the National Park Una which is almost completely covers the territory of Bihac and is one of three national parks in BiH. National park was declared on 29 May 2008. It covers an area canyon part of the river Una upstream from Lohovo, the canyon of the lower course of the river Unac from its confluence with the Una river upstream to Lumber fields, and the area between the ounce.

In the area of ​​Bihac is located abundance of cultural - historical monuments, most notably Captain's Tower, Mosque Fethija, Church of St. Anthony of Padua, Mausoleum, building roads Landscape, Museum of the First Session of AVNOJ, Monastery Rmanj and others. In the area of ​​Bihac, there are several medieval towns such as: Sokolac tower, Orasac, Havala and Ostrovica in Kulen Vakuf.

Captain's Tower. According to the legend that is partly founded on historical facts, Captain's Tower - Bihaćka fortress, saved the lives of the Hungarian King Bela IV of Tartar horsemen. Charter from 1260. g. he proclaims Bihac a free royal city. Today the Museum of Una-Sana Canton with exhibits from time Iapodian tribes.

Fethija mosque. The only European Islamic places of worship in the Gothic style. The best preserved is a sacred building in this region. It was built originally as a church of St. Anthony of Padua 1266.g.

The church of St. Anthony of Padua was built in the manner of west-European eclecticism 1890g. With the church tower is a large stone sarcophagus, decorated with carved stone and heraldry.

Turbe dates from the time of Austro-Hungarian occupation of Bihac. It was built as a sign of respect towards the defenders of the town who died bravely. According to some data comes from 1890.

Landscape building of roads. The former construction office in Bihac was built in 1916, designed by Austrian architect Ludwig Huber.

Museum of the First AVNOJ Session. The museum belongs to the first category monument against Fascism. Founding and the first session of AVNOJ that was held on 27 November 1942.

Gallery. A visit to the Gallery "Enver Krupić", you can see works by artists who his whole professional career dedicated to painting the natural beauty of this area. Exhibition of paintings by eminent artists who exhibit at the City Gallery and Gallery "Una" are also noteworthy. Writers and poets of his works also readily present in this region.

For those who like walking around town, at the entrance of Bihac, street Rampart will guide you line medieval walls of Bihac on Una. Below, the canal extends great city park with plane. The beauty of the Una can enjoy the city by walking regulated nice walking trails. 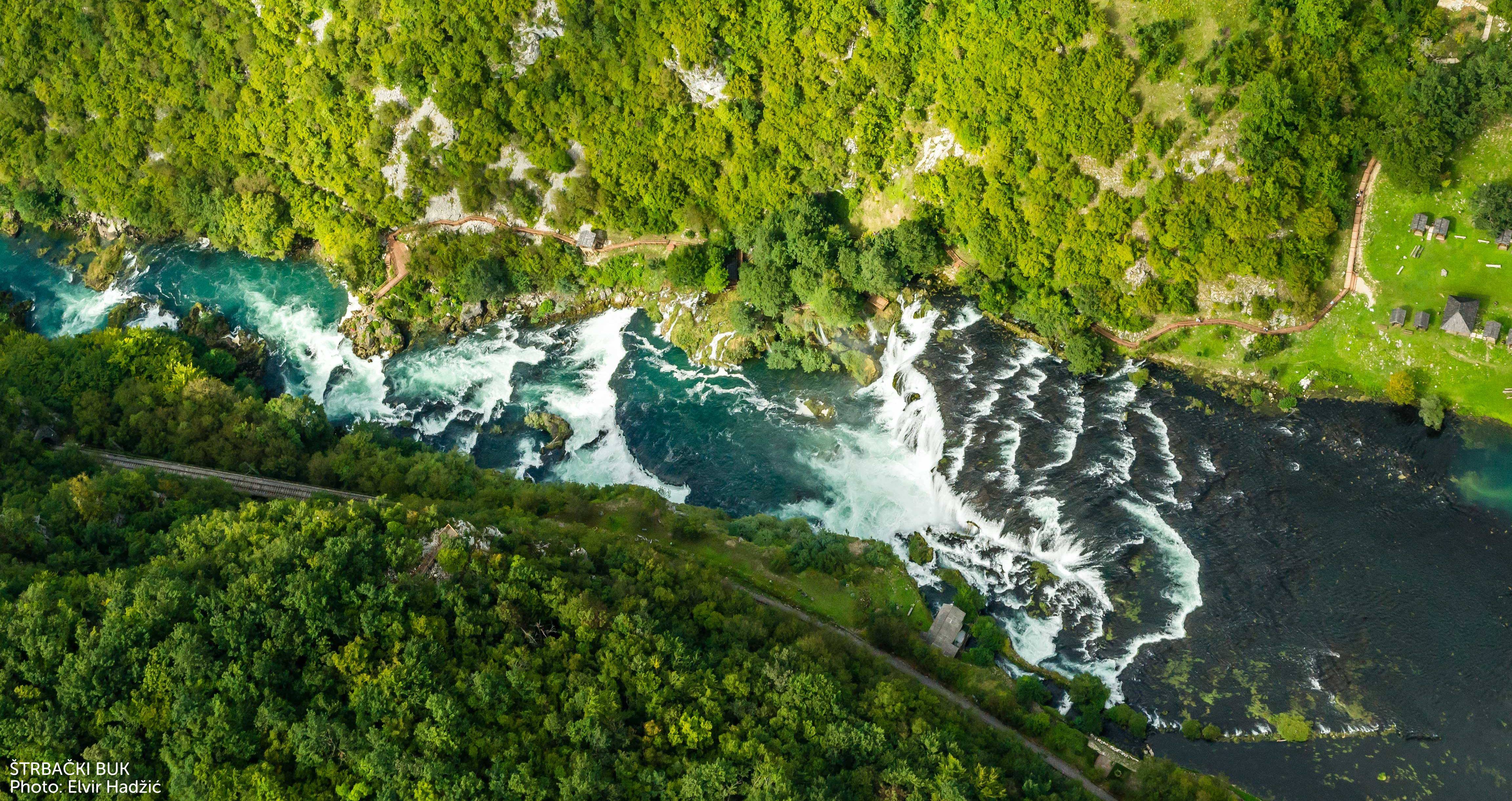 Una National Park is situated in the northwestern part of Bosnia and Herzegovina, mainly in the area of Bihac municipality and to a lesser extent in the municipality of Bosanski Petrovac and Drvar - it belongs to the Una-Korana plateau. The Park encompasses valley of the river Una, the canyon of the river Unac, right tributary of Una all the way to the river Krka in the west and the orographic slopes of the mountains Pljesevica, Grmeč and Osječenica.

Local population has always been aware of the exceptional value of the area in which they live and the threats that exist which could infringe its fundamental values therefore the vision about this area being proclaimed protected area was created decades ago.

This area represents a unique natural complex in this part of Europe, valuable for the preservation of the overall landscape and biological diversity.

Una River is a compound of valuable natural resources, diverse and preserved natural landscapes of exceptional beauty, rich cultural and historical heritage and the local population aware of the values of the area in which they live. Preservation and protection of these values for future generations is a fundamental determinant for sustainable development of authentic local traditional activities such as fishing, hunting, forestry and agriculture. The same applies to the introduction of new activities such as tourism, recreation, education and scientific research, through which local population builds opportunities for better quality of life and self develops together in harmony with nature. 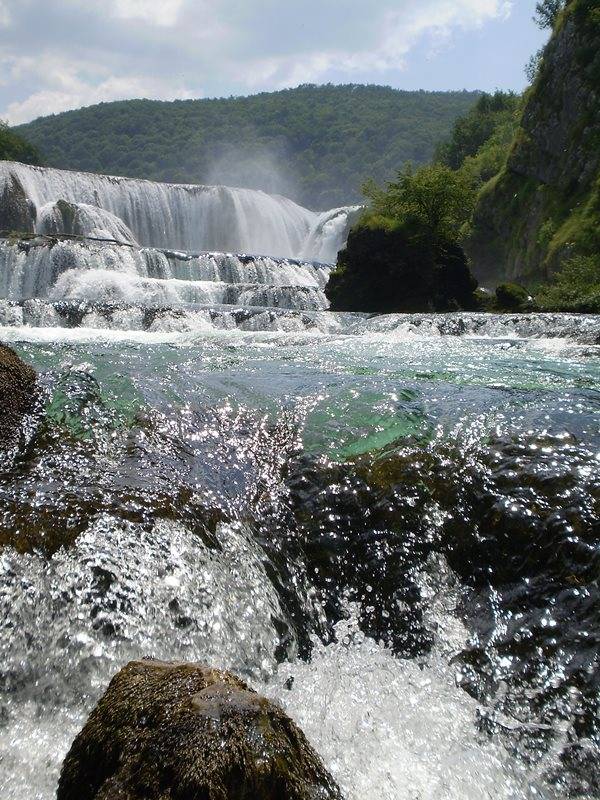 The results of the Feasibility Study from 2005 undeniably presented a need for the protection of this area. Suggested category of protection was the National Park level, which later was accepted by the local community and authorities in Bosnia and Herzegovina. In 2008, Una National Park was established after the enactment of the Law on Una National Park. The Park covers 19.800 hectares of which most are under the territory of the municipality of Bihac. 13.500 hectares are in the regime of strict and aimed protection, while 6.300 hectares are under development regime. The Law defines boarders, regulates issues of protection, promotion and its usage, management of the National Park, misdemeanor offenses and administrative measures for non-compliance with this law.

The Administration office and information center is located in Bihac city center, Bosanska no.6.

Public Company performs activities of protection, maintenance and promotion of the National Park in order to protect and preserve authenticity of nature, to ensure uninterrupted natural processes and its sustainable use, and supervises the implementation of the conditions and nature protection measures in the managed area. 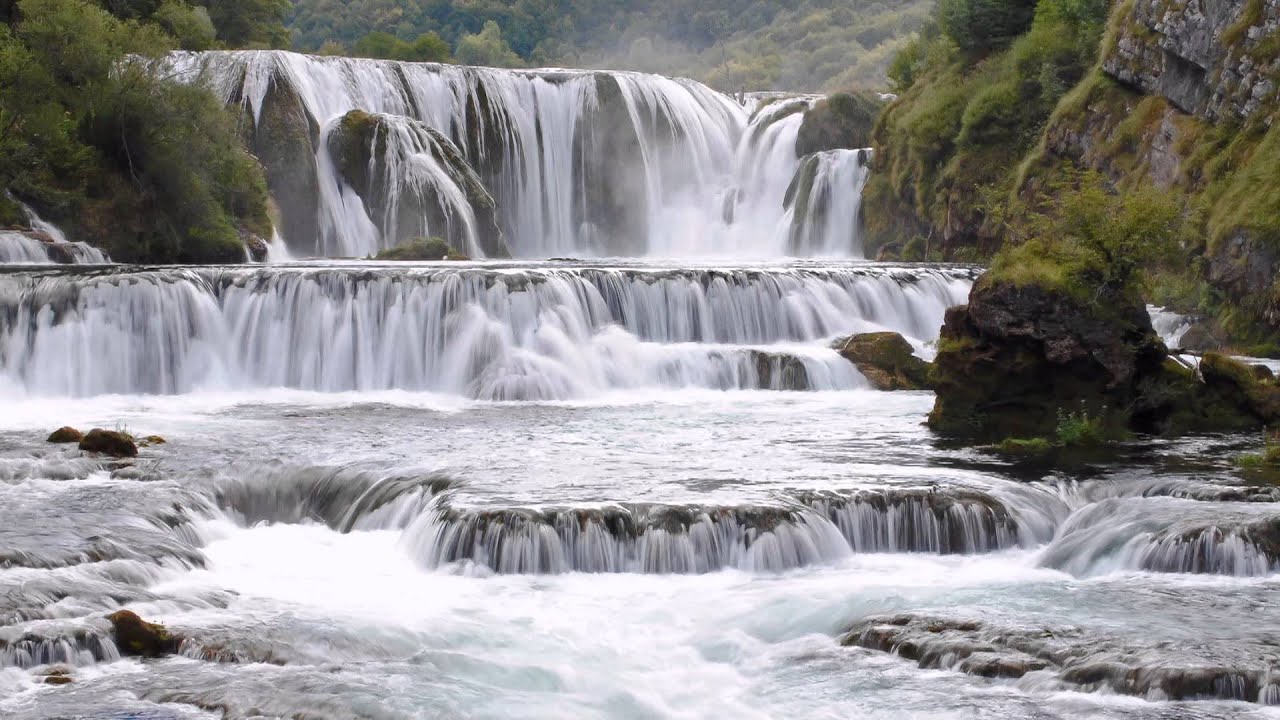